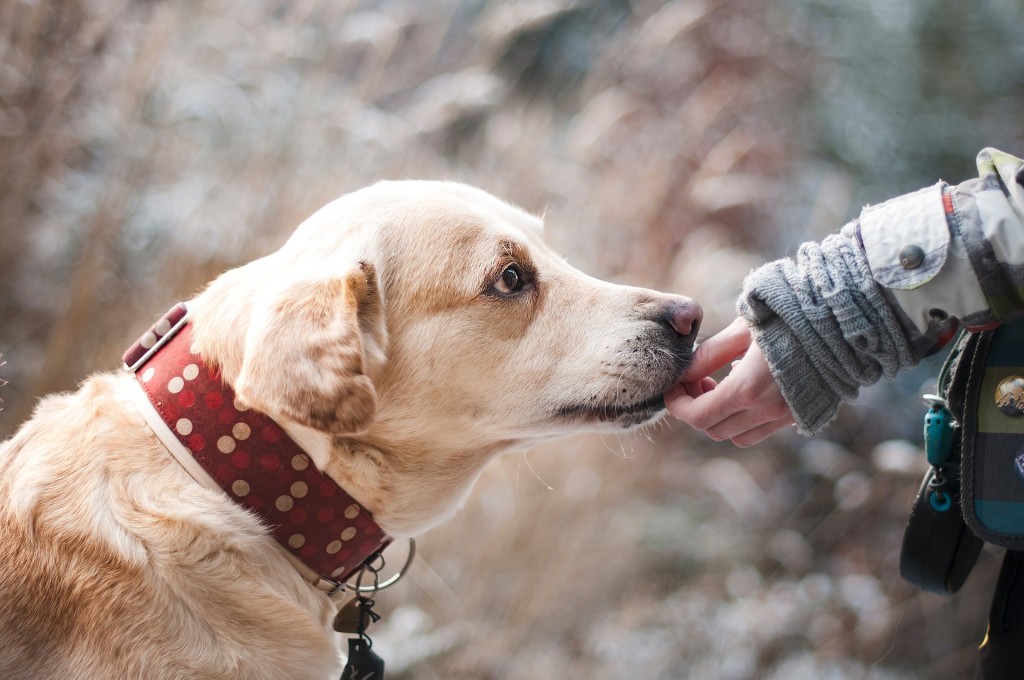 Subject of many a meme, dogs have been a familiar part of our lives for thousands of years. Dogs were the first domesticated animals. Early humans formed a partnership with the grey wolf, which caused the wolves to change in body and temperament. Domestication caused their skulls, teeth and paws shrank and, in some cases, their ears to flop. Dogs became less fearful and more docile, learning to read the complex emotions found on human faces. However, dogs were domesticated so long ago and have cross-bred with wolves and each other so often that their genes are a giant mix made of 17 different narrative scenarios which are difficult to differentiate between.

Domestication of the Wolf

A theory of how humans and dogs became friendly starts at birth. This theory suggests that humans began taking wolf pups from an early age and were eventually able to tame them. Another theory suggests that the tamest wolves would rummage through human trash sites for food, which caused them to survive better and evolve into dogs. Humans took their place as the “alpha” and these animals learned obedience to humans. Tamer wolves were more likely to be bred by humans until the dog evolved. When humans and wolves began to hunt together, a mutually beneficial relationship developed. Genetic studies tell us that no living group of wolves is more closely related to dogs than any other, which means that the wolves that originally gave rise to dogs are now extinct.

But why do domesticated dogs not act like wolves? This is through selective breeding. Even though wolves are the forefathers of dogs, a study with foxes uncovered information about how behavior and appearance could have changed wolves into dogs. This study found that as foxes were tamed through several generations, they developed dog-liked characteristics. They developed floppy ears, shorter snouts, spotted coats, highly-set tails and even a tendency to bark. These characteristics are not found in wild foxes as much as they are in wolves, so neither artificial nor natural selection could intentionally draw them out. It is suggested that the genes that account for tameness must also carry a gene for floppy ears. Instead, genes that account for tameness must also carry a code for such things as floppy ears.

The Evolutionary Chain that Led to the Dog

Scientists were able to build a family tree that revealed the relationship between dogs and wolves. A study of 700 modern dogs from all over the world found a divide between the Eastern Eurasia breeds and the Western Eurasia breeds. It is through that these two groups began as a single population in the east, possibly somewhere in China, before one branch broke off and migrated to the west. This migration is shown through a reduction in genetic diversity that is tied to a decline in a populations numbers. It is thought that the two groups split between 6,400 and 14,000 years ago, but the oldest fossils in both western and eastern Eurasia are older than that, meaning there were already dogs present before the migration. The oldest fossils of domesticated dogs are from a 14,000 year old grave, but DNA suggests that wolf domestication happened much earlier than that, estimating between 15,000 and more than 100,000 years ago. When the migration happened, the Eastern dogs encountered the Western ones, mated with them, and then replaced them, effectively making all of todays dogs descendants of ancient Eastern ones. The ancient Western dogs seemed to have gone extinct.

Dog domestication has given us a wide variety of sizes, shapes, colors, and temperaments. However, every dog needs a good grooming session! Schedule yours with Suds N Hugs today!